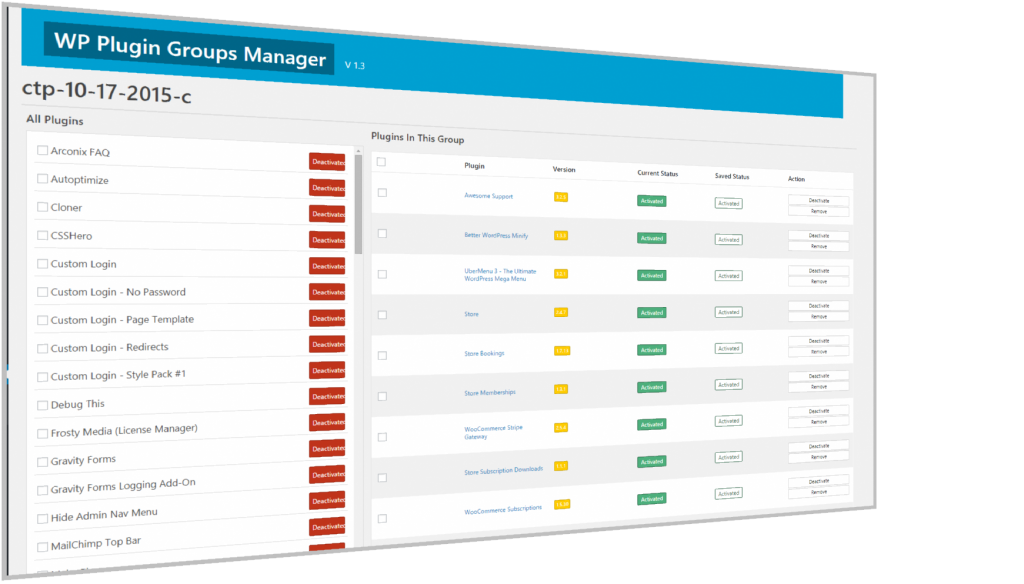 When working on large WordPress projects, there is a frequent need to turn off all custom and 3rd party plugins in order to troubleshoot an issue. But once the troubleshooting is complete, how do you remember which plugins were turned on or off before the troubleshooting started? Plus, how do you remember which plugins were network activated vs which ones were just locally activated? What we needed was a plugin that could be our “memory”, so to speak, and then be able to revert all other plugins to their prior state at the push of a button.

The plugin we had in mind needed to work on both multisite as well as single site installations of WordPress. We needed to be able to save the “state” of each plugin, and then be able restore the state by simply clicking a button. Additionally, we decided that it would be great to be able to save multiple lists of plugins (hence the “groups” in the project and plugin name).

The final plugin had every feature we needed:

The image below gives you an idea of how the product was constructed.